I’ve found myself falling in love with a social media network again.

Sure, that may be an overly dramatic statement. But there’s just something about this new social network with the strangely British (or is it Australian?) name, Ello, that I just can’t shake. It’s a familiar feeling. 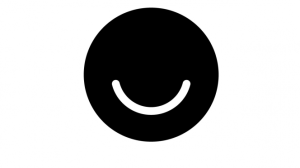 I first heard about Ello one week ago today as my Twitter timeline started filling up with URLs from friends who had created profiles. I was curious, so I did what anyone would do – I Googled it. And, I’ll be honest, I was skeptical. This is just another one of those fly-by-night social media networks that we’ll all have forgotten about a couple of weeks from now, I thought.

Then, I received an invite to the network from a friend on Friday morning. Because I teach in the New Media department, I figured signing up was a good thing. At least then – since Ello is still invite-only at this point – my students could see what this new network was all about. I created my account 10 minutes before class started. And I told the class it would be interesting to see whether the new site’s momentum would carry through the weekend. I still wasn’t convinced.

Over the weekend, I uploaded a profile picture and started exploring. And immediately, it was like I was back in 2008 as I was learning Twitter for the first time. What was this platform going to become? How was I going to use it? How were others already using it? How do I find people to follow … since the search feature doesn’t work yet? So there I was, scouring the friends lists of the very few friends that I had connected with. That’s how I first found people to follow on Twitter. I didn’t know what to do with that whole “microblogging” thing back then either. Heck, I had just started a blog. And one day, it just clicked. I can’t explain it. It just did. Last weekend, Ello clicked for me.

The momentum around the site carried through the weekend and is still going. People are clamoring for invites, wanting to get in. I built a decent-sized friend list … and was followed by someone named Tony Danza. There’s no way to know whether or not it’s actually Tony Danza, but that’s part of the fun.

No, I still don’t know how I’m going to use Ello. I don’t know for sure that it’s going to last. All I know is that for the first time in a long time, I’m excited about a new social media network. How will we use it? What will it become? I’m excited to see what we do with this thing they call Ello.